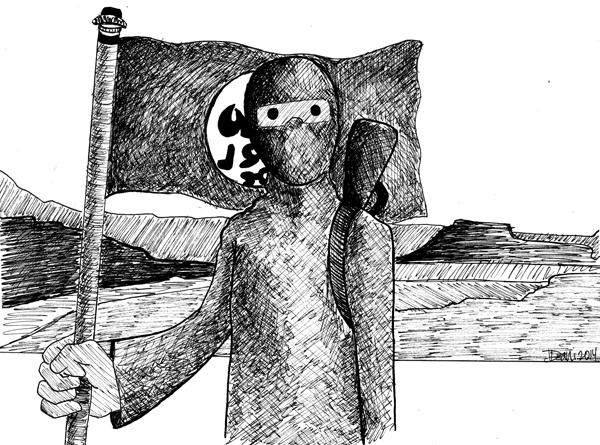 The declaration of war should only be considered after all peaceful negotiations have been completely exhausted.

We have been a country at war since the Bush administration chose to retaliate against Iraq and Afghanistan after the terror attacks on Sept. 11.

Potential Al Qaeda training camps in Afghanistan gave the United States plausible justification for invasion, although the majority of the Sept. 11 terrorists came from America’s largest ally in the Middle East — Saudi Arabia.

The false pretenses that led to our invasion of Iraq spawned from the offshoots of Bin Laden’s Al Qaeda terror group.

The occupation galvanized defeated Iraqi generals, the war orphaned youth who became rebels, and the innocent tribesmen whose livelihood and homeland were being decimated by American artillery.

At the time, a large percent of Iraqi countrymen had never even heard of Sept. 11.

The U.S. occupation of Iraq fueled the dissent among the rebel groups.
In 2011, after an eight year campaign, Iraqi President Jalal Talabani rejected offers from Obama to leave a residual fighting force in Iraq in opposition to an agreement to renew the partnership signed by former President Bush.

In 2011, combat troops were pulled out of Iraq.

The U.S. departure left a power vacuum in a large area that is now controlled by the Al Qaeda rebel group in Iraq.

The group splintered in 2012. Some went to help fight in the civil war in Syria where they fought against Syrian leader and American foe Bashir Al Asad, all the while bolstering their ranks.

The rebel uprising garnered sympathy from U.S. congressional war-hawks, who urged Obama to send millions in weapons of war to the overmatched rebels — the same plan of failure that the CIA used to arm and train Bin Laden’s group to fight Russia in Afghanistan decades earlier.

Even when Senator John McCain traveled to Syria, he was pictured with the rebels — the same rebels he would later plead with the President to destroy.

The rebel fighters in Iraq were so vicious that most Al Qaeda groups dissolved associations with them.

The terror group, now known as Islamic State in Syria, has claimed one third of the country of Iraq, and has large oil rich lands in Syria which borders its Iraqi territory.

ISIS now controls a steady income of oil money and the state of the art weaponry left by the United States for the Iraqi defense forces. They are forces who, with no resistance in some cases, were defeated by ISIS. They lost their equipment and territory while (essentially) arming the opposition.

The rise of groups like ISIS is contingent upon an aggressive invader for the underdog to rise up against and fight.

ISIS provokes U.S. military responses by sensationalizing the beheadings of innocent American civilians in attempts to force the President into military action.

Bombing ISIS is like watering a weed infestation in hopes drowning them, and being shocked when you have double the weed problem a week later.

The Conspiracist View
You’ll often hear ISIS referred to as Islamic State in the Levant (ISIL), mostly by President Obama.

Shortly after Sept.11, Clark saw a Pentagon war plan that detailed the invasion of seven countries in a five-year span. The targeted countries were Iraq, Syria, Lebanon, Libya, Iran, Somalia, and Sudan — countries where we are currently engaged in military activity.

In skeptical circles it can all be traced back to a document from the ’90s — the Project for the New American Century Agreement (PNAC).

The document stated that in order for America to have another dominant country, the use of force would absolutely be necessary.

But the American people would need a Pearl Harbor type event to ignite their appetite for the sacrifices that war demands.

The document was signed by men who would, in the coming years, become part of President Bush’s cabinet and advisory team.

Shortly after the Sept. 11 attacks occurred, it set the precedent for conducting open-ended declarations of war and nurturing an environment conducive to birthing terrorist groups.