The state of modern rap prompts J. cole to speak up 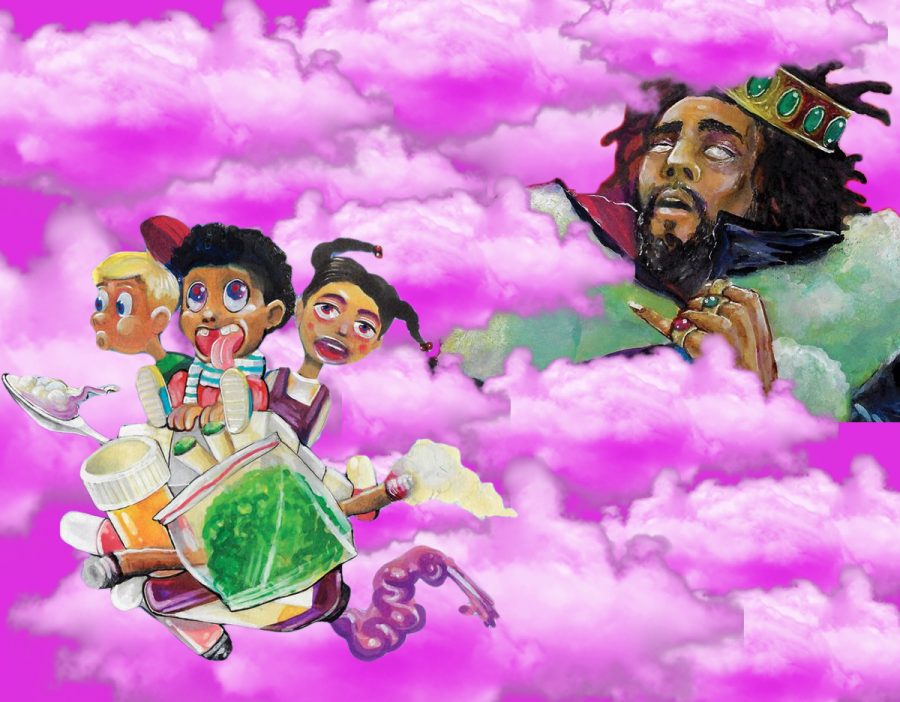 In the modern era of hip-hop, driven by the use of Xanax, Percocet, cough syrup and cannabis, rapper J. Cole has become this generation’s conscience with his new album “KOD.”

The three-way acronym meaning “Kids On Drugs,” “King Overdose” and “Kill Our Demons” are the issues he tackles throughout the 12-track album. Cole’s depiction of mainstream rap’s admiration of drug abuse delivered through his slithery rhymes will propel him to his fifth consecutive platinum album.

Cole proves he’s this generation’s conscience through in- depth examination of racial injustice in minority communities and how it leads to drug abuse.

Cole also calls out cannabis use, which is a drug that is more accepted socially. Cole challenges listeners and some of his own friends to skip some of these drugs when dealing with pain, like on the song “FRIENDS.”

On this song, he mentions what fans believe to be Cole’s brother “Zach” and Dreamville Records producer Ron Gilmore by reversing the sound when saying their names. He directly addresses them and cannabis users when saying, “Smoking medical grade, but I ain’t got prescription. All the way in Cali where they ain’t got precipitation, feeling like the only one that made it and I hate it for my n—-s ’cause they ain’t got ambition.”

He is one of the first major rap artists to call out cannabis users as a way to inflict change in his community.

Songs on this album like “ATM” and “KOD” will assuredly grow into anthems his more casual fans will enjoy.

This is Cole’s third straight album with no features. The sole feature credit on the album is Cole’s altar ego KiLL Edward. This alternate persona is inspired by his step-father who separated from his mother in 2003, which led to her abusing alcohol.

KiLL Edward represents a side of Cole that doesn’t deal well with pain, one of the major themes of the album.

Rap fans would certainly give an arm and a leg to have Cole feature artists like Miguel to replicate the seamless sounds of great songs like “Come Thru and Chill.” Not having any features is one of the disappointing aspects of the record, however this gives Cole the opportunity to highlight his versatile vocals with eclectic production.

Cole poignantly lectures the new wave of rappers about how they should handle fame, the glorification of drug abuse and how that correlates to kids being influenced into trying harmful drugs on the last track, “1985 (Intro to ‘The Fall Off’).”

Through his tone Cole raps from a place of authority: “I must say, by your songs I’m unimpressed, hey but I love to see a black man get paid and plus, you havin’ fun and I respect that, But have you ever thought about your impact?”

On the funky trap-inspired beat he addresses young rappers like Lil Pump and 6ix9ine who use their substantial platforms to glorify drug abuse and push the stereotype of African-American being drug addicts.

Cole then points out that they are entertaining upper and middle-class white kids by glorifying black drug abuse when he says “these white kids love that you don’t give a f–k, ’cause that’s exactly what’s expected when your skin black.”

On “KOD” Cole shows us why his voice should be respected. His conscientious lyrics and thoughtful criticism of the rap game put Cole on a level few modern rappers could ever hope to achieve.