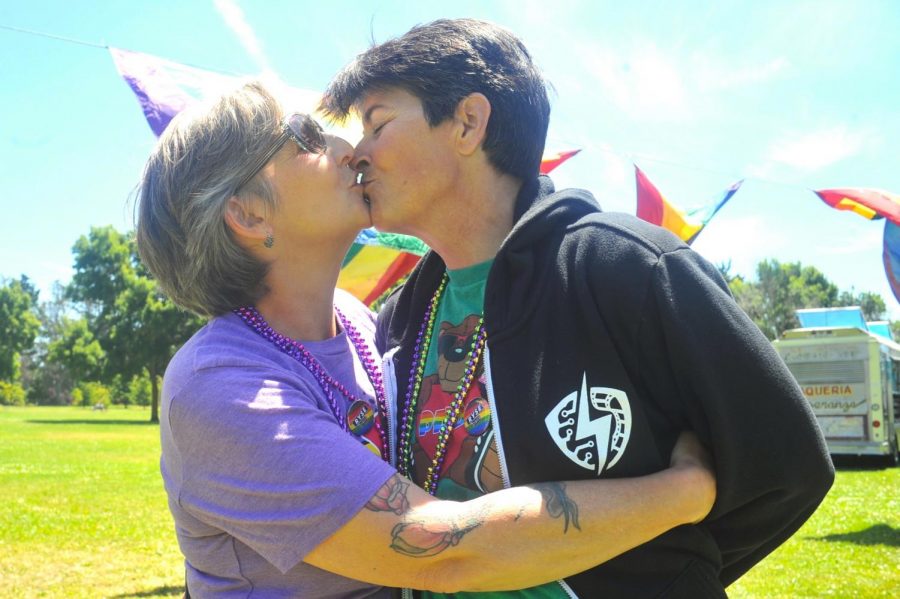 Wind waved the flag of the LGBTQ+ community as upbeat music played over a portion of Richmond’s Marina Park during the fourth annual Richmond Rainbow Pride event in Richmond, California on June 3.

Richmond resident Fray Abigail said the flags waving the rainbow prints represent democracy and freedom. “It is important to proudly wave it in our community,” she said. It is a sign that the community in Richmond is respecting one another and unified.

Richmond resident Bibi Adams and partner of Abigail said that the LGBTQ community has been looked down upon. She said their rights (Fray and hers) to even be out in the public together as a couple has been discriminated, so being out in the community together with Abigail is a celebration towards a better future.

The fourth annual Richmond Rainbow Pride event in Richmond, California on June is a place for LGBTQ+ community members to share their stories of their past and present. History of LGBTQ+ community around the world and in the local Bay Area community was also explored. LGBTQ+ books and magazines were sold. Attendees were also asked to participate in the making of an LGBTQ+ banner by placing their hand print on a canvass in one of the colors of the rainbow