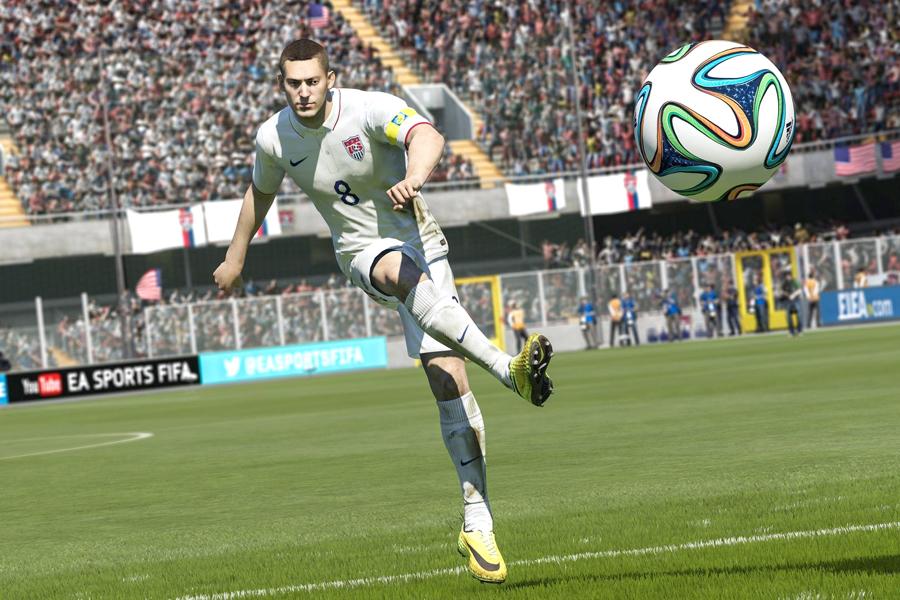 This year’s installment of video-game developer EA Sports’ FIFA series, “FIFA 15,” delivers an immersive, heart-pounding and realistic experience that may just steal more than a few hours of your day.

While improvements to the overall feel of the gameplay and look of the graphics in “FIFA 15” are minor, there are noticeable differences across the board for this game’s features.
The menu system in the game is amazing. The best word to describe the set up for tabs and buttons used to navigate the various menu pages in the game is convenient.
With quick command buttons and pop-up menus integrating the online marketplace that you buy players from, the transfer market and the squad-builder option, it is easy to lose hours simply building and refining your team.

The depth of this game is immense, there is so much game you play before you ever even step on to a soccer pitch.

Players can choose from numerous game modes.
These modes range from single-player careers, where players get to create their own soccer player and conquer the sport, to Management positions where players can dominate soccer leagues with their idea of the ultimate team-the exact name of the biggest game mode the game offers.

People who play “FUT 15” can acquire in-game player-trading cards through a transfer market or by buying packs of random items.

These packs can be bought using real money converted into FIFA points or in game money earned by completing season matches and tournaments both off and online.
The transfer market pricing is controlled by players with prices fluctuating frequently, often listing the more popular football players as far too expensive for anyone not on an all-day grind.
“FUT 15” has 10 divisions with games either against the computer AI or online against other players. The computer AI divisions gradually increase in difficulty, matching teams of relative ratings while the online option is strictly division based.

Players can move up a division-based on performance during a season with in game money rewards or be relegated back down a division for poor performance, receiving nothing.

The gameplay features changes such as real time field wear and much more agile control of movements both defensively and offensively with players. With the field reflecting slide tackles and chunks of grass missing from shots on goal, it is hard to tell that you are playing a video game at times.
Additionally the computer AI has become much more intuitive with AI players adjusting to your strategies and changing up plays as the game progresses. AI players even sometimes try to single handedly run the ball downfield in offensive frustration.

The goalkeepers have seen the biggest adjustment with more save animations and realistic decision making when in one-on-one situations with attacking strikers. With spectacular saves and deflections, sneaking one past the goalkeeper and hearing the crowd erupt in a frenzied celebration is even more rewarding.

Another notable addition to this years game is the new loan system.
The loan system allows players to acquire top-shelf players like Lionel Messi much quicker by borrowing them for a cheaper price rather than purchasing them in the market or relying on luck by receiving one in a pack.

With only small refinements to gameplay the learning curve in “FIFA 15” is non-existent.
Any brand new player who finds him or herself in an online match too early in their “Ultimate Team” career could see a score difference more reflective of an American football game.