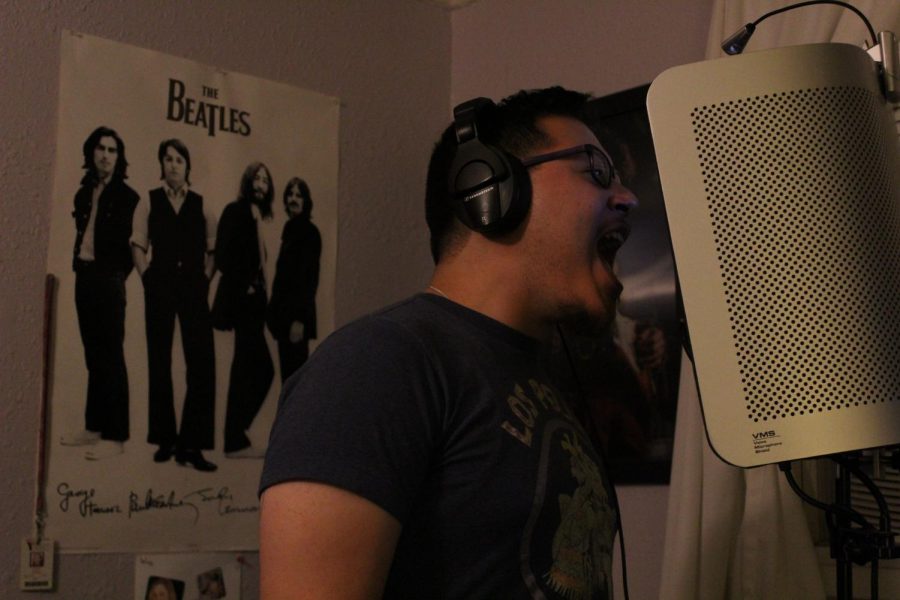 Oftentimes there are turning points in people’s lives when they have an experience that sticks in their minds and drives them to achieve something greater than they believed they could accomplish.

That particular moment sets them off on a path, whether it be volunteer work that affected them or a helpful mentor that was a role model.

For Chris Miller this formative moment happened in 2014 while working as a tax preparer for his dad.

“One client came in with his wife and two daughters and I had to look at his W2 and tell him that his employer was stealing from him and he couldn’t fight it because he didn’t have papers,” Miller said. “That pissed me off. When I see whole families getting taken advantage of that lights a fire inside me.”

Miller said he doesn’t like being in a powerless position, unable to help someone. Now, at age 26, he is majoring in political science with hopes of pursuing a law degree to “represent people who don’t have representation.”

Since returning to Contra Costa College in 2016, Miller maintained exemplary grades and has been active on the campus. Currently, he is the Associated Student Union vice president and Community Organizing and Political Action Club (COPA) vice president.

Political science department Chairperson Vanna Gonzales said, “Chris comes to political science from a background of activism. A lot of students come to CCC to explore their interests and then find an area to focus on. That’s what Chris is doing by getting involved in so many areas (on campus).”

Miller said he got involved in the ASU after his friend, former ASU Vice President of Clubs Astrid Pumerica, convinced him to attend an ASU meeting.

That day the ASU was discussing the on campus Food Pantry and bus cards. Miller saw those programs as beneficial to the community and wanted a hand in those programs.

“I want to contribute, get involved and do my part by being a part of the community and doing community service. Everyone has a role and that’s what I should be doing as well,” he said.

However, this drive to be involved and excel at school was not always there. When Miller graduated from De Anza High School in 2010 his life was at a critical low point. After his parents’ divorce, he found his motivation waning as he came to CCC out of high school.

Miller said he tried to force himself to come to school. In 2013 he quit going to school to work full time in order to help his mother pay the bills.

“My dad opened up his own business and I saw that as an opportunity that he was getting his life together and I gave him a chance. Since then I have been working with him,” Miller said.

During those hard times one of the things that helped him push through was his love for music.

“Music drives me to do a lot of things and it helps me deal with pain,” Miller said.

In particular, Foo Fighters’ front man Dave Grohl acted as a role model for him. Miller said Grohl’s energy and personal story helped him persevere because of how relatable his story is.

While Grohl’s personal story helped Miller get through tough times, his own personal musical journey was also a key factor.

From playing violin in the fourth grade to now being the bassist for the rock band First Contact, music has been a near life-long pursuit for him.

Since their first show at Me-n-Ed’s Pizza in San Pablo as just a cover band, they are now experienced musicians who have won a “battle of the bands” competition and are currently recording their first album.

“Chris has a contagious laugh that will make people smile, and at the end of the day I just want us to make people smile and feel something and I think he contributes to that with his personality,” Torres said.

First Contact performed on campus twice last semester during Battle of Talents, which was organized by Miller and Pumerica and La Raza Student Union’s “Resist to Exist: Art Show to Document the Undocumented.”

While music has gotten him through a lot of pain, Miller said he doesn’t feel any pressure to create music that affects others as it did him.

“If my authenticity makes people feel something then I’m willing to have that dialogue,” he said.

As a bass player, Miller lays the bedrock for the rest of the band. Without a rhythm section the high-pitched sounds of a guitar or vocals lack a necessary weight. In essence, the bass builds the foundation that allows other elements to thrive. He extends this drive to elevate others to all aspects of his life.

“I like raising the platform. Not for myself, but for others.”