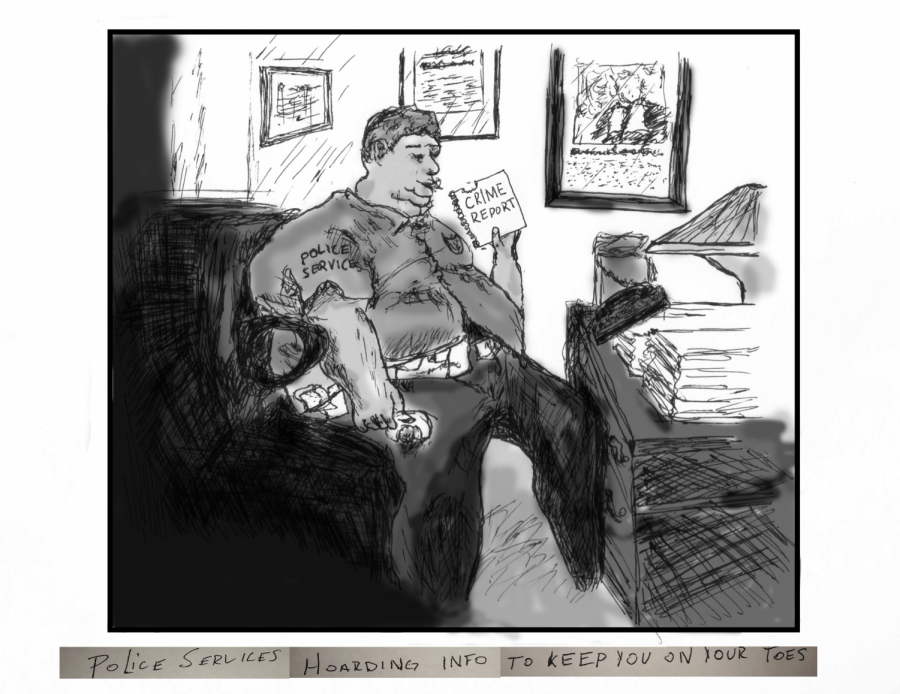 The quest for an improved sense of transparency at Contra Costa College has engulfed every corner of administrative activity on campus and no area is more important than those who are able to reveal the details of any crimes that are committed here.
With students settling into the new semester, there was an assault on campus on Sept. 5. But the details in the crime report are so minimal there is no way to deem it useful. In the past 13 days, only five incidents have been added to the CCC daily Police Services log — and each lack specificity.
Roughly one year ago, Contra Costa Community College District Police Services changed the way information about crimes on campuses throughout the district are relayed.
The changes, first noticed last semester by freshman Advocate reporters tasked with doing the grunt work of transcribing crime reports, were reported to Police Services Lt. Tom Holt in an attempt to find some way to get the level of detail returned to the daily log.
In previous years, inquiries into the crimes that occurred at the three colleges in the district were accessible — not easily — but accessible nonetheless on the Police Services daily log on the Contra Costa Community College District website.
With minimal gumshoe detective skills, the district website offered manageable tabs to follow leading to a semi-detailed list of events by location, grade of infraction and time and date of the occurrence.
According to the district Campus Crime Awareness Report, colleges and universities are required to disclose timely and annual information about campus crime and security policies through the Jean Clery Federal Disclosure Act.
It’s important to spotlight any incident on campus that affects students, especially matters involving theft and assault.
But today the daily log crime reports lack detail, substance and a way to use the information to take safety precautions. Users still navigate from the same website and follow similar tab pathways, however the information at the end of the trail contains far less detail than appeared in previous versions of the incident descriptions.
This isn’t some nefarious act by Police Services to downplay campus crime statistics. To the contrary, CCC, by far, has the fewest incidents of reported crime when compared to other colleges in the district.
Although both of CCC’s sister colleges are larger, Diablo Valley, in Pleasant Hill, had nearly five times the number of incidents reported to Police Services with 32 compared to only six at CCC. Los Medanos, in Pittsburg, posted double the incidents of crime as CCC with 13.
There may be more shiny things to steal at DVC where, according to the U.S. Census Bureau, the average household income of someone from that area is roughly $40,000 dollars more than the West County household — but not five times more.
Police Services seems to be on the right path, but expanding the daily log reports would help students and staff remain aware of crime on campus.