'From Dusk Till Dawn' Netflix's series hits hard with viewers 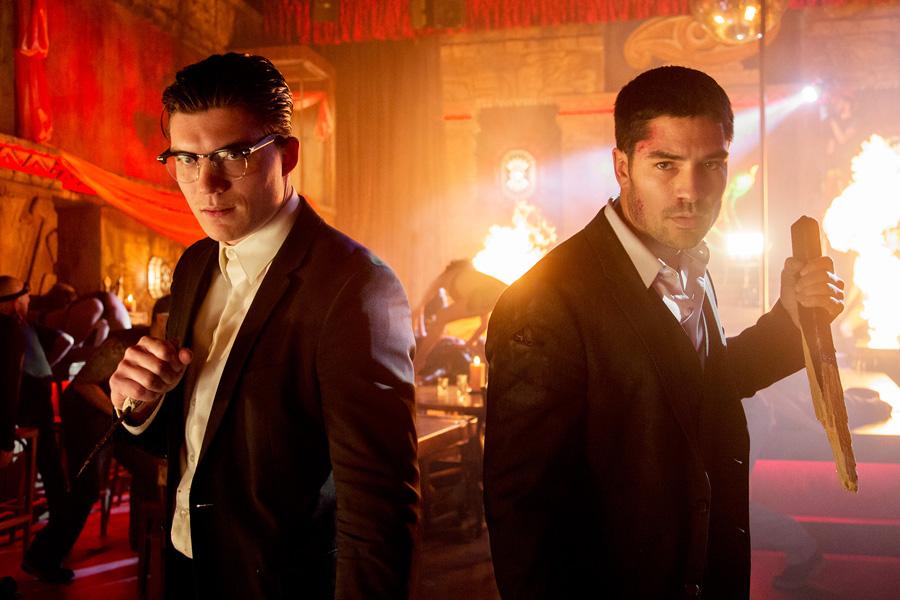 Commonly known as a cult horror movie, Netflix’s new original “From Dusk Till Dawn: The Series” is a replica of the action packed horror film that rocked the late ’90s.

Viewers and cult fans will get to relive the wild ride of the Gecko brothers as they cause mayhem while trying to cross the border in Mexico to escape their dark past.

The show has its own twist and turns from the movie version, and vampires are snake like creatures. The series also has an Aztec/Mayan inspired theme background to the show.

The show goes into context with the characters and all of the crazy situations that happened during the movie.

From the bank robbery to the last stand at “Titty Twister,” the show has the same plot like the movie. “From Dusk till Dawn” is a Netflix Original, meaning that the whole season is available on instant streaming.

The storyline takes place after Richie Gecko (Zane Holtz) breaks his older brother Seth (D.J. Cotrona) out of prison. Crime lord Don Carlos (Wilmer Valderrama) has one last job for them to rob a bank with a $30 million bond.

On the bumpy path to the strip club, Richie is a ticking time bomb leaving a bunch of dead bodies on their trail to the border. Just like the movie, Richie is not right in the head, but this time a gorgeous woman (Eiza Gonzalez) is controlling his mind through an artifact.

As the show progresses, viewers will get to pick up on the characters background, and how they became the person they are today. The special effects on the creatures are phenomenal, and the action scenes are a little predictable.

The normal wooden stake to the heart is old, but the Jesus cross having no affect on the vampires showed originality. The creatures are not normal vampires, but cousins to the blood sucking bats.

The last stand inside the Titty Twister strip club is similar, but the show does well with revelations of new vampires. These snake vampires have the ability to shape-shift to anybody that feed on with super human strength, and agility.

Cotrona impressively resembles actor George Clooney — a cool, calm and collective character from the movie version. Holtz played a solid sick and twisted Richie, but asking him to top the great Quentin Tarentino personality is near impossible.

Cotrona and Holtz played their parts well, but cult fans will say they are nothing like those great actors.

The fan base will enjoy all of the similarities on the show because it adds background to the movie plot. For instance the Fuller family are the victims in the movie, however in the show they have some demons of their own they need to confront.

Valderrama came a long way from playing the foreign exchange student (That ’70s Show) that we all know and love to the villain in this show. He plays the greedy crime lord Carlos whose only objective is to make money for himself and will not hesitate to take out anybody that stands in his way. His personality is straight to the point and viewers will quickly find out how shady of a character he is.

The last episode of the season answered some questions but left with the knowledge that there is going to be another season.

It’s going to be fun to see where this show takes off because it has a lot of potential to be another good series for Netflix.