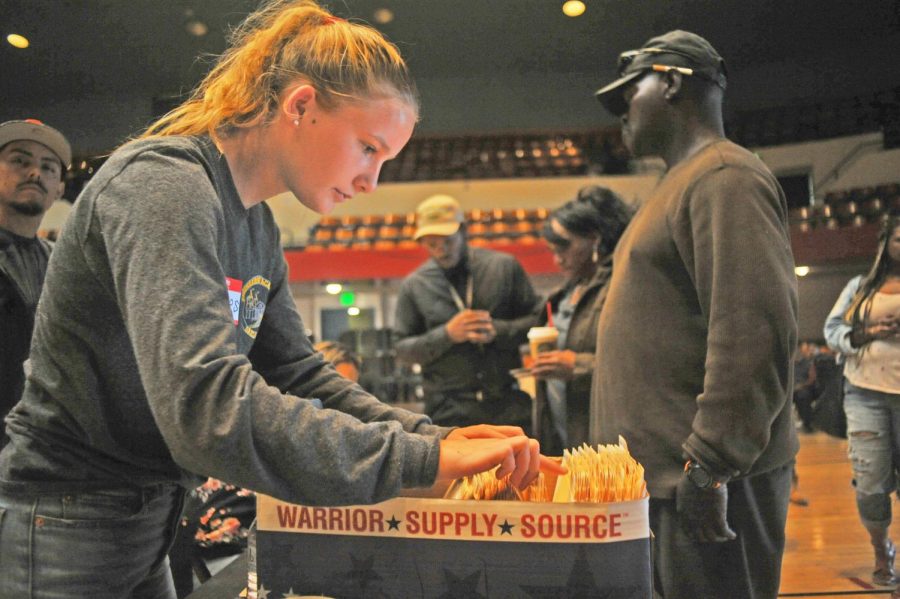 RICHMOND — When Joe Williams arrived at the Richmond Memorial Auditorium he had hope in his heart and determination in his eyes.
Williams, like many others who showed up for Contra Costa County’s Clean Slate Day on Saturday, had one goal in mind — to have their criminal record cleared.
“I’m trying to change my life around, man. It’s not too late to do good and these people here seem to have the right idea,” Williams said while patiently waiting his turn in a line that wrapped around the exterior of the auditorium.
“Certain limitations have been placed on my life that have held me down. I’m here trying to clear up some of the paperwork and get it back right.”
Williams, a Richmond native who is now 49 years old, said he made some poor decisions while growing up.
“I took some things that weren’t mine, got caught by the police, but I paid my dues,” he said. “Life is a struggle and at certain points you make decisions in the moment that determine how you will live for the next few days.”
Clean Slate Day, which is a collaborative partnership with Richmond Mayor Tom Butts’ office, District 1 Supervisor John Gioia’s office and community member David Schoenthal, brought together the county Public Defender’s Office to aid and direct attendees in applying for, and receiving, a reduction or dismissal of a prior criminal conviction.
The event included funding for 75 individuals to obtain a complete copy of their official criminal records from the California Department of Justice.
Antwon Cloird, a former Clean Slate Program participant, was on hand to speak during the welcome orientation.
“When this program was first brought up I was one of the first recipients,” Cloird said. “I lined up, did the application process and got my recorder cleared because I knew moving forward there had to be an example.
“The people have to see that it works for someone from the community who really changed their life, like I have.”
Cloird, who said he was a drug addict for 35 years, turned his life around after achieving sobriety and the expunging of his criminal past.
He also founded the Men and Women of Purpose program, a societal re-entry program that was created for members to go inside jails and bring people to the outside with a path toward re-engaging with the community.
“When I changed my life I committed it to the community. I love my community, but (many) are caught up,” Cloird said.
Contra Costa County Assistant Public Defender Ellen McDonnell, who also heads up the Clean Slate Program, said many felony convictions and misdemeanor convictions can be dismissed or even sealed from someone’s record.
“There’s a big range of relief available. It could be something as minor as a petty theft conviction to someone who has a felony theft or felony assault conviction,” McDonnell said. “One in five Californians have some kind of criminal record and it can be a barrier to employment, housing or education. Basically, it impacts someone’s dignity and how invested and connected they feel to society.”
The Public Defender’s Office has had a Clean Slate Program for more than 10 years, McDonnell said, but it was vastly expanded as a result of Proposition 47, which passed in 2014 and reduced low-level felonies to misdemeanors.
“Through Proposition 47 we have had over 7,000 felonies reduced to misdemeanors in Contra Costa County,” she said. “We saw a substantial need for this type of program.”
McDonnell said the Public Defender’s Office is open five days a week for guidance in clearing a criminal record.
After about an hour and a half of orientation, waiting in line, paperwork and a consultation, Williams walked out of the Richmond Memorial Auditorium with a new sense of purpose.
With the main public defender’s contact information and his application in order, Williams said he remains optimistic about the program.
“All of my past indiscretions have slowed me down and stopped my livelihood,” he said. “It makes people really judgmental of me when they see my record. I want to at least have a fair chance as an individual and get back into the work field.
“That’s what I look forward to.”