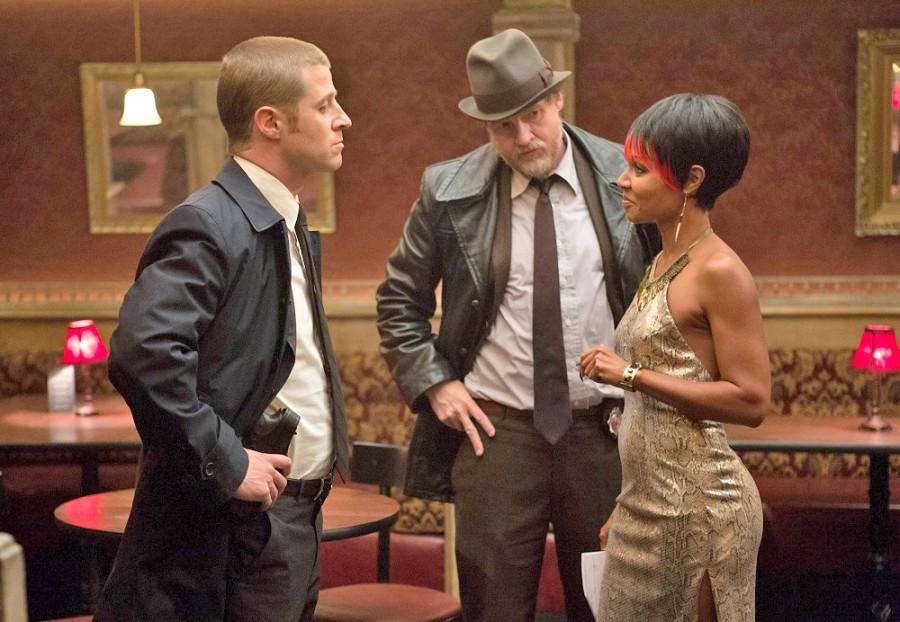 It is official. Comic books are taking over television. With “Gotham” coming into play, it is taking the FOX Network by storm.

No one can picture Gotham City without the caped crusader roaming the streets at night, but that is the case with “Gotham.”

The show reveals the origin of Batman, Commissioner James Gordon, and all of the masked criminals.
The story starts with young Bruce Wayne (David Mazouz) seeing his parents get murdered right in front of his eyes by a masked robber, and that is when Detective James Gordon (Ben McKenzie) takes his first case to find Wayne’s parents’ killer.

Viewers will quickly find out that the show focuses on Gordon’s story. He is a war veteran turned cop, and he is the only clean cop in Gotham at the time.

His personality is the usually boring paragon, but that is what this crooked city needs. Gordon might be one of the good cops in Gotham, but his quick wits and words get him in and out of tough situations.

He sometimes has to make drastic decisions just to stay alive.

It also does not help that Gordon has corrupt Harvey Bullock (Donal Logue) as his partner. Bullock is an aggressive, lazy and sleazy cop, but surprisingly their work relationship is a match made in heaven.

When interrogating the suspects, the good cop/bad cop scenario goes into effect.

Gordon’s knack for doing the right thing gets Bullock off his hide, and he does some police work.

The action scenes that these two get into are crazy, but make the show exciting. Gordon’s go-getter personality complements Bullock’s laziness because so far he has Gordon’s back in situations.

Since Bullock has ties with the mafia, he got Gordon off of being targeted by the mob by convincing him to do something that is against his code as a detective.

The show does an excellent job of introducing the cold-hearted diva Fish Mooney (Jada Pickett Smith) whose main purpose is taking over her boss Carmine Falcone’s (John Doman) place in the ranks. Mooney runs the Gotham theater as a cover-up, but also enjoys good entertainment. The relationship between Bullock and Mooney is going to be interesting as the show develops.

Wayne is rarely seen in these last two episodes, but in his minor appearances he is always doing something fearless and crazy.

It could either be him seeing his parents get killed right in front of his eyes and being too weak to do something, or him starting to become the masked superhero we all know.

The world’s greatest butler, Alfred Pennyworth (Sean Pertwee), plays the role of the father figure in Wayne’s life, and shows tough love to him.

He is also learning how to be a good parent at the same time, but has no idea of how to raise a boy to a man.

The show does well showing the background of Oswald Cobblepot (Robin Lord Taylor), yes, the Penguin. Cobblepot is the sneaky, deceiving villain of the show with some hidden rage when he gets called Penguin.

His character leaves the viewers wondering what he is going to do next because victims and other criminals do not take him seriously.

Cobblepot is physically weak and has to rely on being a rat to get what he wants.
Just three episodes into this season, it looks like the development of the show and the cast of characters is going to be fun to watch for the viewers.

If familiar with FOX Network, when shows do well they get hooked up with 20 plus episodes. One thing for sure is that Batman will not make an appearance this season.