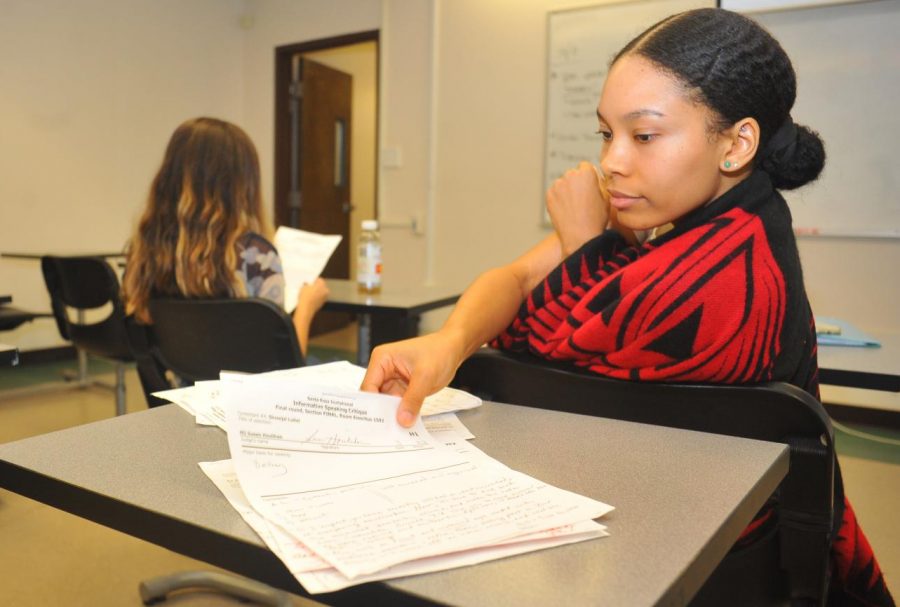 For too many years Contra Costa College has been wrongly stigmatized as a sub-standard college.
Consequently, students who attend school here are often embarrassed to admit it when discussing plans with friends and family.
This, however, is a view with no ties to reality as CCC produces numerous award-winning students engaged in many different fields of study.
Excellence is exemplified from nursing to newspapers and the Contra Costa College speech team has bragging rights too.
The team just returned from its first tournament of the semester, which saw all three of CCC’s entrants place in the top five of a competition stocked with more than 150 students.
Two out of three of the CCC students at the 50th Annual Santa Rosa Junior College Speech and Debate Tournament were competing for the first time.
Competitor and journalism major Xavier Johnson said, “I’m really excited about how everything went. And I am excited that I won.”
The tournament consisted of two preliminary rounds and a final round, each lasting for about an hour with students competing in groups of 10 or more.
The students were judged on different things according to the category. Informative competitors were judged on pronunciation and clarity, while those competing in prose were judged on the emotion and action that they put into their performances.
Computer science and business major Aman Butt and Johnson began competing in the novice category, but Aman was moved to the open division as there were not enough people in his category for him to compete in novice.
Butt said, “I definitely felt the pressure of competing in the open division, but as long as you get into the groove, you’re good. It feels amazing to be honest. After the first speech, nerves settle down.”
Butt placed fourth in the informative category by performing a speech about paper batteries that are powered by bacteria.
He argued they are safer for the environment than Cobalt-based batteries that children in the Congo mine.
Johnson placed first in the prose category and was very animated and excited about it. He is also competing in next tournament at the University of the Pacific in Stockton on Nov. 3, with five other CCC competitors.
As the veteran member of the team, Middle College High School student Shreejal Luitel placed third in the informative category. He discussed artificial embryos that are created without using sperm or eggs and their potential through government funding.
Luitel said, “I was really excited for the tournament. I’m always really excited for (the competitions) and after the tournament I felt like I did well.”
There were members of other speech and debate teams in attendance. Scouts from schools were there to see what they were in for in the upcoming Stockton tournament.
Communications major and member of the CCC speech team, Gabriella Hernandez, said she will be competing in Stockton and was very moved by the competitors that she saw in Santa Rosa.
“I saw how everyone worked hard on their pieces and almost cried a few times during their stories — the ones about being black and Chicano in America were so moving and passionate.”
The whole team expressed gratitude for team coach Randy Carver. He has helped them stay focused and deal with nerves and strategy during practice.
Carver has weekly practices with his students where they are informed on what’s going on with the team, as well as anything they wish to share about the debate process.
The students also have an opportunity to set up time with Carver to perform and get feedback on their speeches far in advance of competition.
During this time, students can go through their speeches, work on their speech timing and how to best fit in the important information. During tournaments, competitors are allowed an eight- to 10-minute speech.
Carver said, “I help them as much as I can now, because when it comes to the tournament time it’s all on them. I go and do the registration and other paperwork while they work together to practice and get ready.”