A garden of education 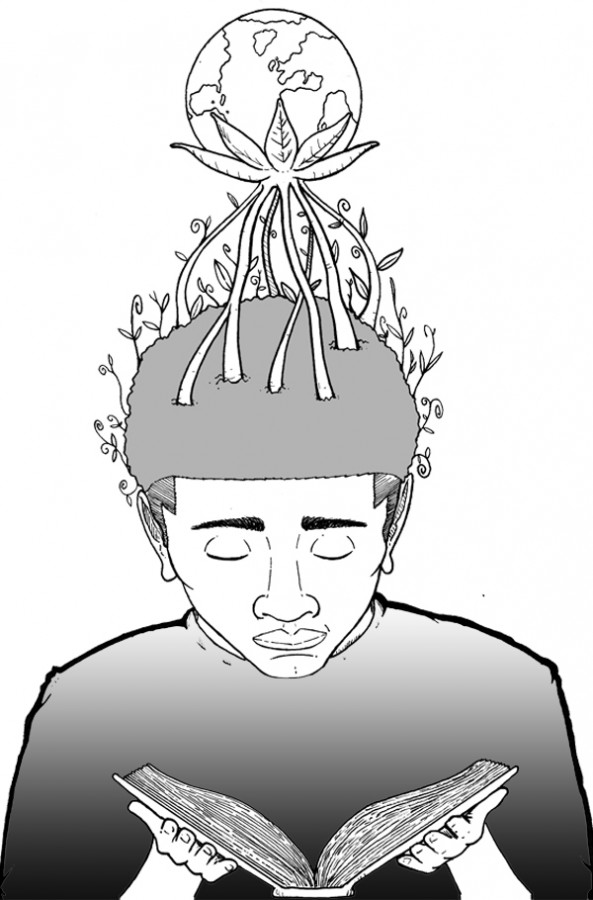 “Literacy is the most basic currency of the knowledge economy we’re living today.” — Barack Obama

Education is a reciprocal progressive process which involves the student cautiously cultivating, developing and refining every level of life for an entire lifetime.

She was born June 2,1873 in Hampton, Va. during an egregious era in American history when it was against the law to teach and educate people of color to read, write or count in Virginia’s public school system.

Despite the social and racial rancor, she was educated as a “home-schooled survivor” at her Negro church academy. She excelled in all academic areas and advanced to become a successful student at Hampton Institute, at the time the only higher education institution for Negroes in Matthews County.

She graduated with honors and a degree in home economics. Hampton Institute is now known as Hampton University.
A.B.C. acquired her accelerated academic achievements by mastering life skills such as sweat-equity, intestinal fortitude and perseverance while unconditionally accepting the will of God.

Grandpa and Gramma moved to Hartford, Conn. where they found gainful legal employment.

God blessed them with six lovely children. One child, Benjie, died before he was one-year-old.

The five survivors graduated from racially integrated high schools and matriculated to college.

Teddy, aka Theodore Lincoln Crosby, graduated from Morehouse College and earned a master’s degree in social work at Atlanta University.

My magnificent mother, Eoythe Mae was the youngest child. She was the salutatorian of her graduating class at Morgan Bulkeley High at the age of 16. “Momma” was awarded a music scholarship to attend Howard University in Washington, D.C.

My fantastic father is the most well-read, intelligent person I have ever met — period. He never officially attended any college or university, except to love every marvelous moment proudly watching his children when they received their diplomas.

All five of my parent’s children graduated from Bulkeley and pursued higher education. Three are graduates of UConn and three earned master’s degrees at the University of Hartford, Yale, Occidental College and UC Berkeley.

Rufus, aka Butch, was the first African-American to win the Connecticut State Interscholastic Golf Championship in 1954 when he was a junior at Bulkeley. He was offered six academic college scholarships the next year at graduation.

Anne, our youngest and only female sibling, made history when she became the first African-American to be admitted to the Hartford Hospital School of Nursing.

She graduated in three years and became a registered nurse after passing her state board exam.
Anne decided to return to academia at the age of 40 after getting married and having three charming female children. She completed her undergraduate studies program to earn a bachelor of science degree in nursing at UConn.

At the time, Anne was the only minority CNP living on the eastern seaboard.

I can still hear Gramma sharing her magnificent mantras. They are messages we have all learned to live by.

Before Anne left home to attend Bulkeley for her first day, Gramma counseled her saying, “Anne, you are going to high school to get a superior education to prepare you for college. Keep your priorities in order. That means boys and books don’t mix.”

My favorite was, “Ignorance is its own reward and education is the key which unlocks the door to the house of ignorance.”

Your specific primary priorities when you enter college are to study diligently and grow intellectually. You must listen to learn and learn to listen, learn to think and never allow any person, place or thing to interfere with you obtaining the best education possible to successfully graduate.

The final essential objective of your academic activities and responsibilities will be to unconditionally share your full range of knowledge, gifts and blessing to create a global spiritual bond. You must initiate and mentor to produce harmony, which will lead to love and care to heal the wounds caused by indifference in our world.

And never forget that there is no fool like an educated fool.

Five generations of our family are now college graduates. We will always remember, emulate, revere, celebrate and honor the life, love and academic leadership of Anna Brooks Crosby. Thanks Gramma.