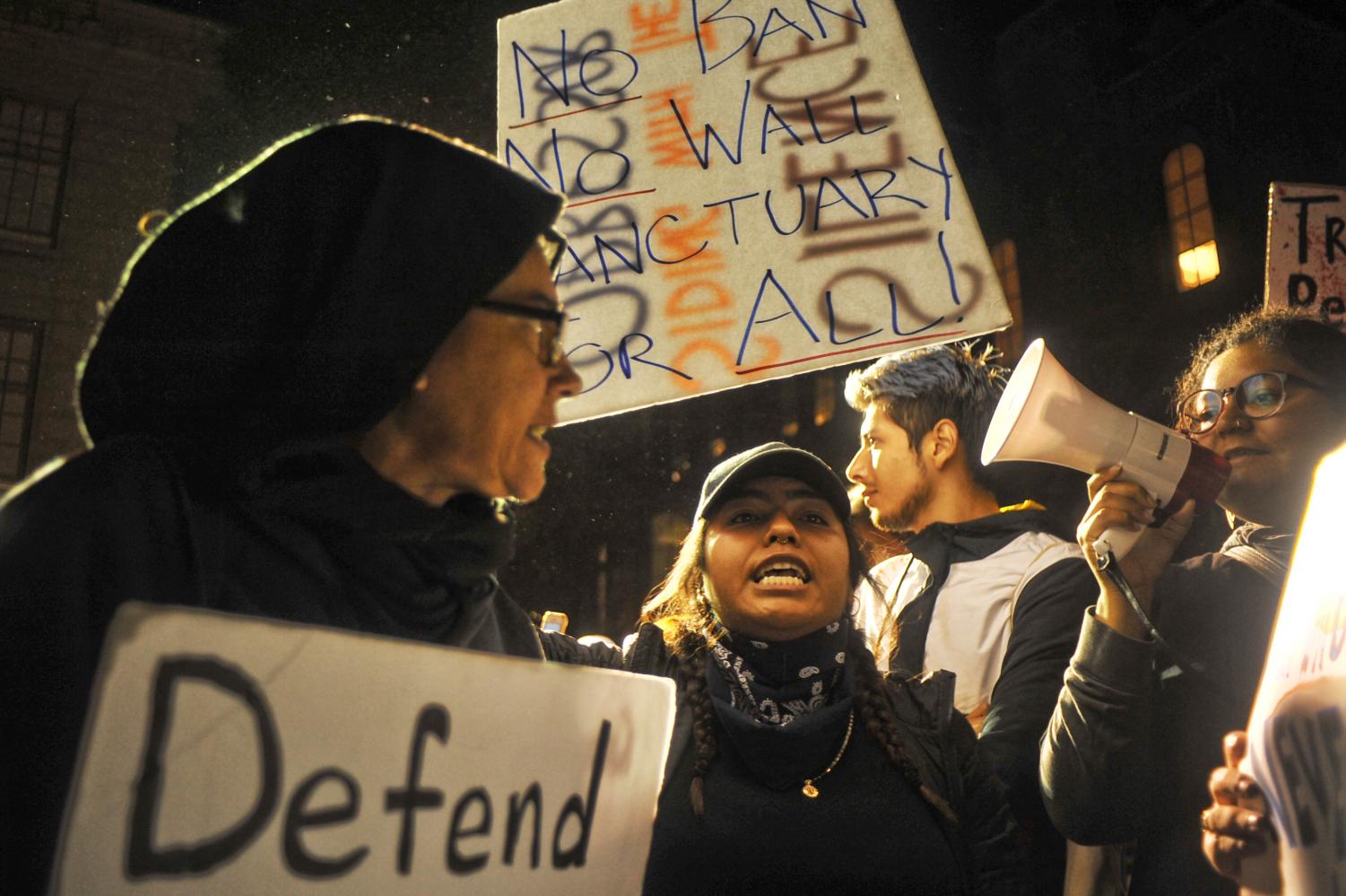 Protesters hold signs and chant as they stand in front of the entrance to Wheeler Hall’s event featuring a speech by right-wing author, Ann Coulter, yesterday. (Denis Perez / The Advocate)

Protesters hold signs and chant as they stand in front of the entrance to Wheeler Hall’s event featuring a speech by right-wing author, Ann Coulter, yesterday. 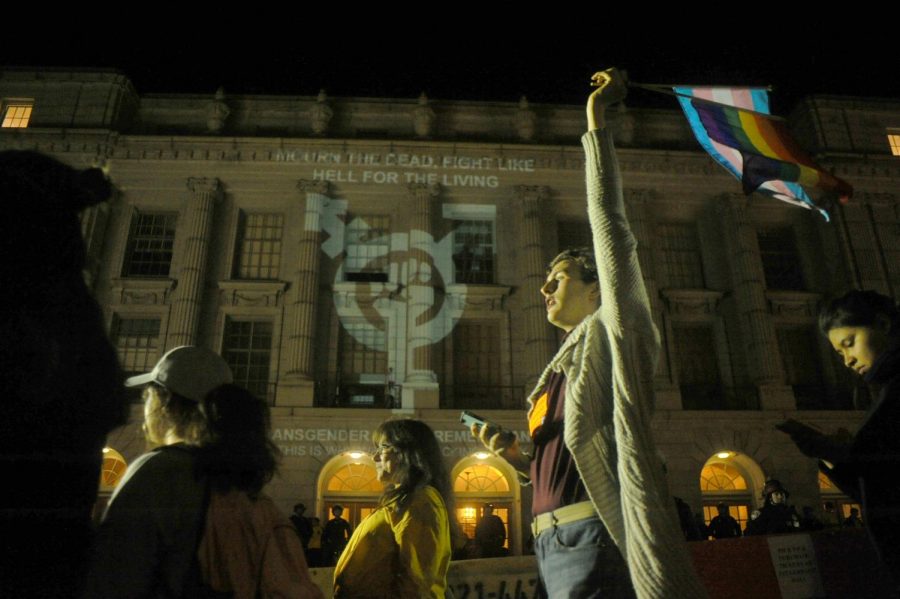 Hundreds of protesters mobilized to block the entrances of Wheeler Hall at UC Berkeley in hopes of turning away attendees of Ann Coulter’s speaking event yesterday.

The scheduled 9 p.m. speech was delayed as attendees struggled to get through the human barricade protesters erected around Wheeler Hall.

UC Berkeley environmental science major Ana Morales stood in the front lines chanting, blocking people from entering the venue and even got her hair pulled by police for it, she said.

Morales said she identifies as a brown, queer woman and that her lifestyle is attacked by Coulter’s rhetoric in her books and speeches.

By allowing Coulter to speak at Berkeley, she sees white supremacist values and ideologies spread in her community.

“I do not pay tuition for her to come speak here,” Morales said.

Protesters began marching in a circle at around 7 p.m.

By 8 p.m., protesters were standing in front of the entrances to the venue.

Protester physically block a couple from entering the #Anncoulter event at #WheelerHall in #UCBerkeley. pic.twitter.com/kFNRhspXa8

UC Berkeley student Hugh, who refused to give his last name, stood by the entrance.

To see and hear Ann Coulter, he would have had to shove through the protesters.

“Having to go through them looked terrifying and intense,” Hugh said.

While he acknowledged the protesters have the right to voice their opinions, Hugh said he believes he should have been let into the venue because it is his right to choose to do so.

And many like Hugh had that belief and found some way or another to enter Wheeler Hall.

Attendees shoved their way in through the main entrances, many shouting at and pushing protesters to do so.

Some hopped the jersey barricade in non-entrance areas.

In a dark southeast corner of the Wheeler Hall perimeter, attendees and protesters scuffled as police grabbed and pulled people with tickets over the barricade.

Many physical confrontations took place throughout the night, and UC police arrested multiple protesters who were wearing masks, according to UCPD’s Twitter feed.

Coulter’s speech, while delayed, went on as scheduled.

Despite this, Morales said protesters like herself were glad that people came out to protest Coulter.

It showed this community supports people like herself, Morales said.