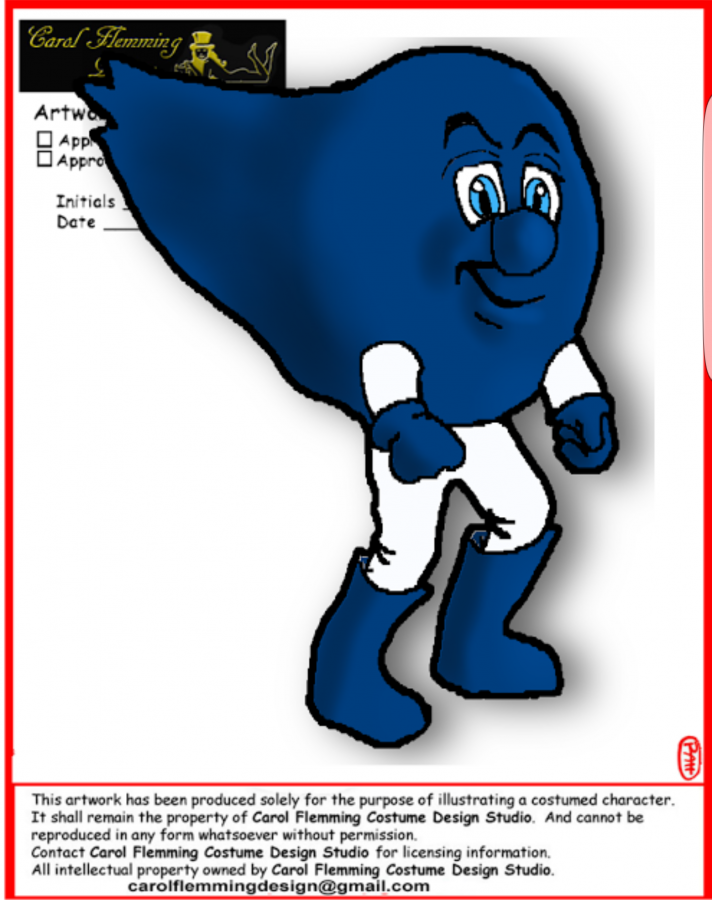 Two designs for Contra Costa College’s first official mascot, sent to the Associated Student Union on Monday morning, spurred its members to begin the search for another vendor only weeks until the original unveiling date.

ASU Inter-Club Council Representative Jose Arebalo said if he does not find another vendor by next week, the original release date, March 26, will have to be pushed back.

He said the mascot was planned to be unveiled during Spirit Week, a series of on-campus events that celebrate the CCC community with games, food and prizes.

But the plan changed inside Instructional Support Coordinator Joel Nickelson-Shanks’ office when he opened the email from Carol Flemming Design on Monday morning.

“Oh. These are bad,” Nickelson-Shanks said.

“It looks like someone used (the Microsoft Paint program) to cut out the reference images we sent and filled it in with blue.”

The design company, based out of Valley Springs, Calif., did not attach an invoice to give the ASU Board a better idea of the actual cost either.

Arebalo said the $4,500 budget allocated to hire a vendor to make the costume for the mascot happened earlier this semester, but the mascot project was created last year during the ASU’s internal event planning workshop.

“Well when you think about it, it is long overdue,” Arebalo said. “The school has never had a mascot so we want to make this happen.”

While a mascot would be a historic endeavor, recent setbacks have added to the work that needs to be done.

“We don’t know the price yet.”

Nickelson-Shanks said, while looking over the email, “That has become its own monster. But the $4,500 allocation was a shot in the dark.”

Arebalo and Nickelson-Shanks said because the college has never had an official mascot, this is a learning experience for all involved, but especially for ASU Board members in charge of completing this project.

At the ASU Board meeting on March 1, Nickelson-Shanks reminded the board that projects with bigger budgets, like this one, make following through more important.

“I want you all to know how important this is,” he said during the adviser report. “You have the responsibility of picking a mascot that will probably be here for 10 years or even longer.”

Arebalo is now leading the internal committee tasked with bringing a mascot to CCC. That committee is comprised of ASU Director of Marketing Francis Sanson, Vice President Alex Walker-Griffin and Senator Michael Murray.

While the terms of how to become a mascot or a stipend for the person who dons the mascot suit have not been decided, Arebalo said the final designs will have to be approved by the ASU and then a vote will go out to the students to decide which reflects the campus better.

So far the only designs they have are of an actual comet suit or an astronaut suit.

Nickelson-Shanks said the mascot would be brought out for club events, rallies, graduation, orientation and on-campus sporting events.

Arebalo said he plans to meet with Athletic Director John Wade to discuss how the ASU will select who wears the costume and terms of payment.

As of press time Tuesday, Wade said he has not heard of the ASU’s project to create an official Comet mascot.

He said designing a mascot costume for the Comets is challenging because of limitations based on the college’s identity.

“Denver has the Broncos. San Francisco has the 49ers, but a Comet requires more thought — I just didn’t think that a physical comet is something that could happen.”

He said he welcomes any collaboration with the ASU as it will boost audience turnouts to home games.

Arebalo said it is better to postpone the unveiling of the mascot to ensure that the product meets the expectations of the ASU Board, athletic department, Director of Marketing and Media Design Brandy Howard and the students.